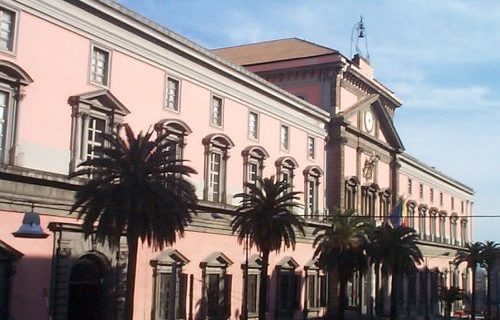 The National Archaeological Museum of Naples holds some of the most important relics of the Graeco-Roman culture. While the museum’s collections are quite extraordinary in their own right, the museum itself has a rich history.

The Museo Archeologico Nazionale di Napoli was originally a barracks before the Bourbon king, Charles VII of Naples, built it in the late 18th century. Among the collections he housed in the museum were antiques he inherited from his mother, Elisabetta Farnese, and treasures from Vesuvian cities, Pompeii and Herculaneum. While the Vesuvian artefacts had been previously held in the Museo Ercolanese di Portici, Elisabetta’s antiques had been brought to Naples by the king’s son, Ferdinand IV of Naples. Other valuable collections such as Caroline Murat’s personal collection from Naples and the Borgia collection, followed and in 1816, the museum opened for the first time under the name, the Real Museo Borbonico.

Following the Unification of Italy, the museum became state-owned with the name changed to ‘Museo Nazionale’. Through the 19th century, many other valuable collections were added to augment the museum. These included antiquities recovered from excavations in Campania as well as the Alexander Mosaic and other mosaics from the House of the Faun. Other artefacts from Pompeii included the ‘Vase of Darius’ and the ‘Blue glass vase’.

On the first floor, you’ll find the gigantic Sala Meridian or the Great Hall of the Sundial. Initially serving as the royal library, the hall holds paintings from the Farnese collections and the Farnese Atlante which is a marble copy of a Hellenistic statue of Atlas kneeling as he carries the celestial spheres on his shoulders. Still on the first floor, there are Salone della Meridiana – frescoes detached from Pompeii and Herculaneum buildings and sculptures found in the Villa of the Papyruses at Herculaneum.

How to Get There

Visitors looking to see the museum before heading to Forte Village can fly directly to the Naples International Airport which is a 2 hour, 40-minute flight from London. The National Archaeological Museum of Naples is only about 20 minutes from the airport via the Via Nuova del Campo road. Tourists often like to see more of the rich history of Naples before jumping on a 1-hour flight to the Cagliari Elmas Airport which is about 46 minutes from the resort.

The museum permits free admission each first Sunday of the month during regular opening times.