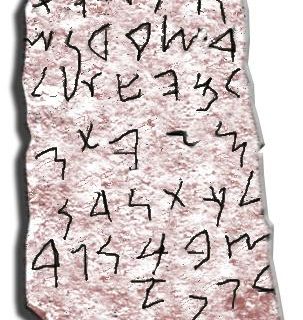 The Nora Stone or Nora Inscription is an ancient inscription found at Nora on the south coast of Sardinia in 1773. Though its precise finding place has been forgotten, it has been dated by palaeographic methods to the late 9th century to early 8th century BCE and is still considered the oldest Phoenician inscription yet found in Sardinia. It is conserved at the Museo archeologico nazionale, Cagliari.