The Forte Village location, Sardinia is a large tropical island that hugs the Mediterranean to the west of Italy.  The natural architecture of the town is shaped by beautiful mountains …Read more >

Cagliari is the 26th largest city in the beautiful country of Italy. It is located on the island of Sardinia and has almost 150,000 inhabitants. It is well known for …Read more >

Italy is located in Southern Europe. It is surrounded by France, Switzerland, Austria and Slovenia on the north. To the south can be found the Italian peninsula and the two …Read more > 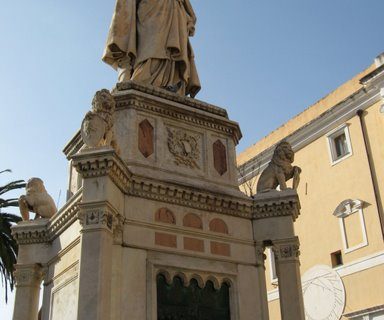 Oristano   is a town and comune, capital of the Province of Oristano, in central-western of island Sardinia, Italy. It is located in the northern part of Campidano plain. Oristano …Read more >

Oristano (Italian: Provincia di Oristano, Sardinian: Provìntzia de Aristanis) is a province in the autonomous island region of Sardinia in Italy. Its capital is the city of Oristano. It occupies …Read more >

Nuoro is a city and comune (municipality) in central-eastern Sardinia, Italy, situated on the slopes of the Monte Ortobene. It is the capital of the Province of Nuoro. With a …Read more >

Cagliari (Italian: Provincia di Cagliari; Sardinian: Provìncia de Casteddu) is a province in the autonomous island region of Sardinia in Italy. Its capital is the city of Cagliari. It has …Read more >

Sassari is an Italian city and the second-largest of Sardinia in terms of population with over 130,000 inhabitants, or about 275,000 including the metropolitan area. Being one of the oldest …Read more >

A Sardinian holiday is hardly complete without experiencing some of the region’s rich history, and there’s no better place than Nora to do just that. The historical town is only about …Read more >